I hate summer. I really do. Washington, DC was literally built on a swamp, and in summer it makes sure you know it. I hate the heat, I hate the tourists, I hate the extended metro shutdowns... but I'll tell you what almost makes this wretched season worthwhile--the Miatas.
You never see them in the winter (except for that one well-loved purple number that I'll see cruising around even after it's "snowed"), but somehow, once the thermometer hits 90°F and the schools let out, they suddenly all some out of hiding (do they all share a giant garage somewhere?)--the chonky third-gens, the new fourth-gens, fresh off the dealership, the pristine second-gens, but my favorite are the first-gens with the pop-up headlights. I won't wax any more poetic about the car, because there's nothing I can say that hasn't already been said about the platonic fun car, except to say that even when it feels like my skin is melting off, seeing one is a sure-fire day to make me stop longing for the sweet embrace of death.
So as summer (blessedly) starts winding down, I present this MOC as a tribute and a thank you to the only thing that makes this season bearable. Enjoy the rest of the season, Miata-drivers! I'm glad someone does.

This MOC seats one minifigure, but, true to the original, not all will fit comfortably if you add a top. 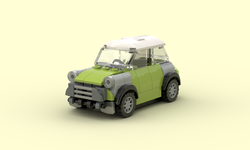 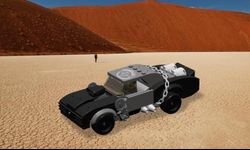 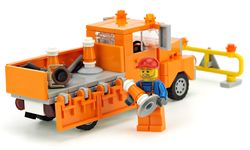 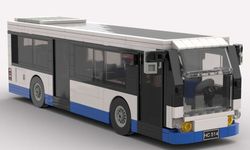 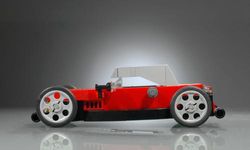 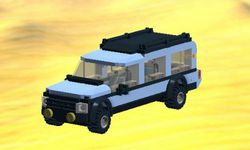 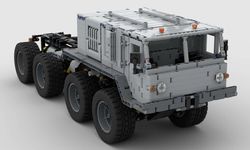 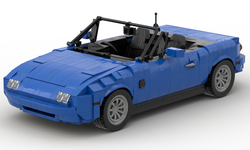 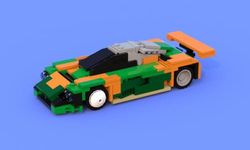 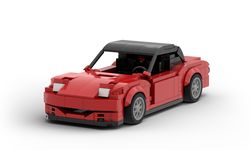