The PANZ3R-II is a Mindstorms augmented remote controlled battle tank. The EV3 Brick supports you in a number of tasks making you the commander of the tank. While you are left with the steering, the target selection and the shooting, the brick is autonomously handling the following work for you:

1. Based on your command it scans to the left (A+B) or to the right (C+D) for possible targets and identifies them by an acoustic signal. By repeating the scan command you move on the next possible target. You can abort the target scan by pressing (E).

2. Once the criticel target is identified you fire by pressing the button (B).

3. Upon firing the EV-3 Brick performs a more precise gun alignment. Then the  US Sensor measures the distance to the target. The brick corrects the lateral distance of the two guns, knowing which one is loaded. This horizontal angle correction is calculated trigonometrically. Then the brick runs a ballistic calculation and determines the vertical shooting angle. Both angles are autonomously adjusted and the next of the eleven rounds is fired.

4. If you keep the fire button (B) pressed, the guns continue to fire without further aiming process. If you release the button (B) and repress it, the item 3 will be repeated allowing capturing moving targets. In both cases the horizontal angle correction is performed since the other gun will fire the next round.

5. When rotating the tank left (B+C) or right (A+D) the turret keeps the guns oriented towards the identified target.

6. When you drive straight (A+C) the guns are realigned with the tank and the vertical cannon angle is put into rest position where it is self-calibrated (by gravity in combination with the friction bearing).

7. The channel of the IR-control is automatically identified. You can have battles with up to four tanks.

All that remains for you is the fun part. The EV3 Brick takes over all the tedious work at very high rate. For maximum fun it is recommended to use the IR-CONTROLLER providing easiest handling.

Clearly the PANZ3R-II is clip loaded version of the PANZ3R-I that hat two rotary cannons. The advantage of this version is the much faster and easier loading process. Furthermore the build is easier. The software can be used for both versions. Also you can use the older simple remote control version of the software for the PANZ3R-II. The autonomous functions of the tank with target identification and ballistic calculations were adapted from the D3F3ND3R. The present software is still quite simple and cannot handle multitasking limiting the actual fighting capacity. Furthermore there is still room for gun alignment optimization by taking into account the play of the gears and the asymmetry of the US-Sensor. Please stay tuned for a more elaborate version that will come along with the PANZ3R-III.

I used the soft cables from Mindsensors for maximum performance. However it will also work with the original Mindstorms cables. The installation is more tricky.

The build of the turret is quite difficult. Please cut the LDD model into smaller elements for easier construction in case you run into trouble.

For the correct ballistic calculation you need the input the muzzle velocity in the software. Please adjust my 6.2 m/s if necessary.

Upon starting the software a calibration is required for optimized performance. This requires the following steps based on this IR-CONTROLLER configuration. The key configuration is shown here.

a) center theguns by using (A+B or C+D). Confirm allignment by pressing (E).

b) Adust the vertical gun allignment in the center position with (D) where the turret rests on both "Technic Cams" like this. Confirm positioning by pressing (E).

c) Press (B) until the left gun fires. Confirm firering by pressing (E).

You are ready for battle now. During battle the vertical gun allignment may be lost due to the play of the free wheel. There are two options:

- A small misallignment is corrected by driving straight. This puts the guns into center position where gravity forces a recalibration.

- If you are in battle or the misallignment is major, you can use the (D) button for reallignment. In target identification mode you have to bring the guns in horizontal position.
Login to hide ads! 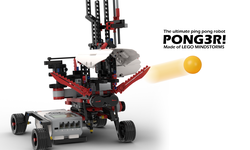 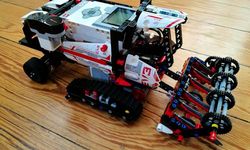 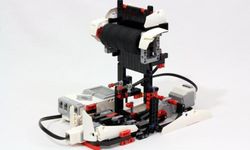 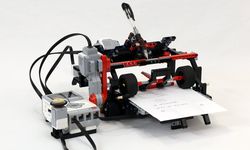 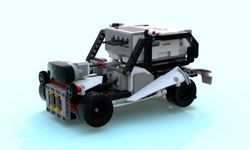 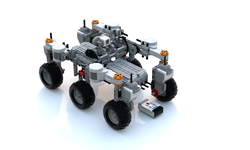 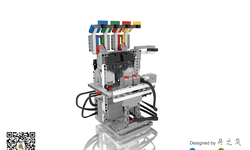 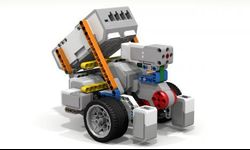 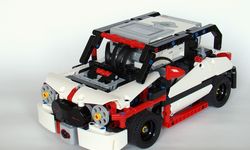 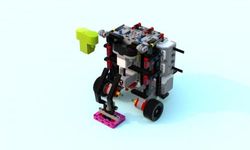