Buying, and Karma, and Searching! Oh, my!

August was a busy month for me both on and off Rebrickable, but there has been plenty of changes.

You can now store multiple parts lists in your account, just like with sets. Go to your My Parts page to add new lists.

Each part list can be configured to be used in build calculations or not. This is the same behaviour as the multiple set lists feature.

The main build page will now also indicate how many sets and parts it is using in the calculations based on your sets/parts configuration. 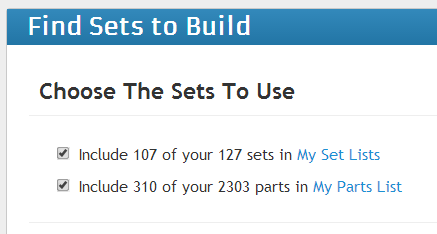 You can now import your BrickOwl orders into your parts lists or MOCs. You will need to create a BrickOwl API key first. In your BrickOwl profile, click on the API Keys tab and the Add API Key button. Make sure the permissions on the key has the 'Store Orders View/Edit' option enabled. 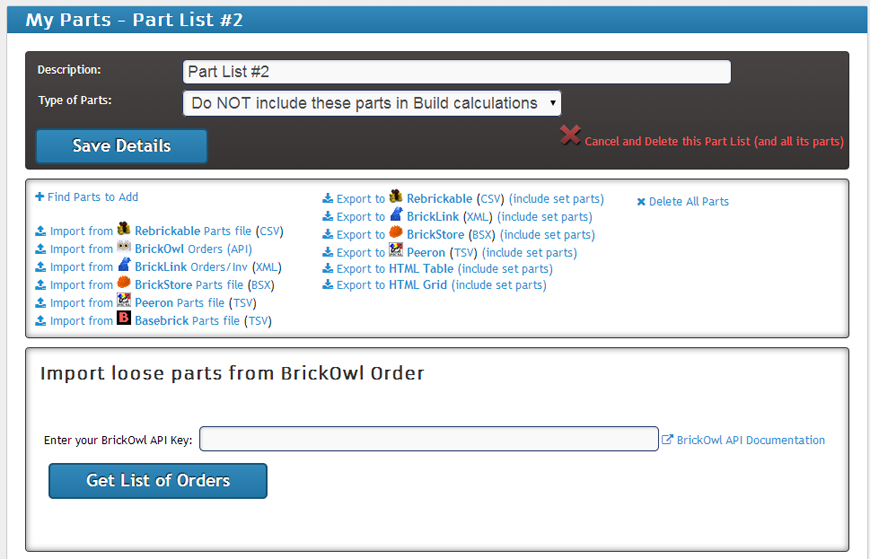 Enter your key and hit 'Get List of Orders'. Your key will be saved and pre-filled the next time you use this form. If you want to use a different key just overwrite it and then that one will become the new default.

A list of all your orders appears with most recent at the top. Select the one you want to import and use the usual Append/Replace buttons to add the parts. Note that any non-parts in your order will be ignored during import.

There were also a bunch more bugs fixed in August... some of them also created in August :)

Well I didn't hit many of my planned August items, so they will shift to September: